Why the Republic must consider rejoining the Commonwealth

24 Aug Why the Republic must consider rejoining the Commonwealth

Posted at 10:27h in Weekly Digest by David 0 Comments
0 Likes 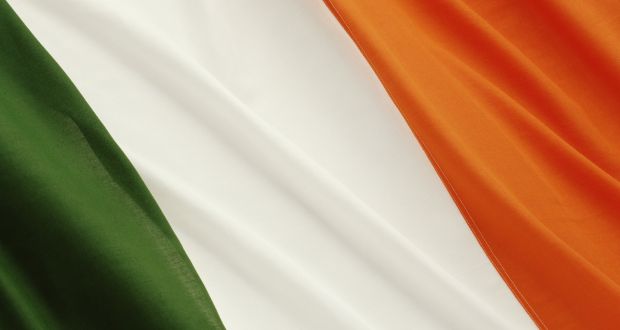 ‘Brexit has changed the context of relations between Britain and Ireland.’ File photograph: Ed Pritchard/Photographer’s Choice/Getty

Brexit is a reminder that many people have been puzzled as to why a country would suddenly and unilaterally withdraw from an international organisation that promotes co-operation, democracy and human rights.

An organisation that many other states are bending over backwards to join.

The international organisation that comes to mind is the commonwealth, which Ireland suddenly left in 1949.

In doing so this State cut itself off from 2.4 billion people who form a voluntary association of 53 sovereign, equal and independent states.

The British commonwealth that we left is no more. The word “British” has been dropped. Republics are welcome as members. The commonwealth has its own flag and operates on the basis of equality between all members. Thirty-one of the member countries are small states or island nations, like our own.

Some of the members – Rwanda and Mozambique – have no historical connection to the British Empire. Every country in the organisation has an equal say. Today’s commonwealth is not about British dominance.

Since Ireland left, a separate commonwealth secretariat has been established, to promote democracy, human rights, development and peace. A growing list of countries are seeking to be admitted or to rejoin. The latest is The Gambia which rejoined earlier this year.

Whether reactivating our commonwealth membership would be a good idea is a matter for political judgment on which I would maintain neutrality. But legal commentators can legitimately point out some of the implications.

Firstly rejoining would not have any adverse consequences for the Irish legal or constitutional order. The Constitution of 1937 specifically allows commonwealth membership anyway. More fundamentally, Brexit has changed the context of relations between Britain and Ireland. The risks of divisions are now greater than ever. The message of the Belfast Agreement is to build bridges, soften borders, promote inclusion.

The Irish side specifically committed in the agreement to demonstrating its continued respect for the British identity. What would send a better signal of solidarity with our British neighbours when they leave the EU next March than to extend the hand of co-operation by rejoining the commonwealth? The work of the commonwealth is supported by more than 80 cultural, civic, professional and intergovernmental organisations. Ireland could only benefit hugely from full participation in these support networks.

One of the curious aspects of our ambiguous relationship with Britain is that Ireland already participates in some of these bodies in an associate capacity. Our Law Reform Commission is specifically acknowledged in the guide produced by the Commonwealth Association of Law Reform Agencies. And Irish officials attend and contribute at meetings of the Commonwealth Association of Legislative Counsel.

Is this just another Irish solution? Or would it be more honest and dignified to come in the front door of the building rather than stooping through the tradesman’s entrance?

Above all perhaps our sportsmen and women would stand to benefit hugely from access to the Commonwealth Games and Youth Games. Indeed such are the benefits that it seems strange that there has not been more pressure for such opportunities to be opened up.

The context in which the question of commonwealth membership needs to be considered is the pressing and urgent need to recognise the equal legitimacy of both identities on the island of Ireland. Despite the promise of the Belfast Agreement, the Irish identity remains somewhat second-class in Northern Ireland. One need look no further than the refusal by unionism to enact Irish language legislation.

Under a statute enacted in 1737 but still in force, Irish – almost incredibly – cannot be used in courts in Northern Ireland. And correspondingly, in this part of the island, the British identity remains second class – the drum-beating preamble to the Constitution, the lyrics of the anthem, the dropping of the proposal in the 1980s to give British citizens the vote in referendums, and so on.

Where is the equal respect promised by the agreement, the aspiration to Irish unity only in terms of fraternity and friendship? The question of reactivating our commonwealth membership may at least be worth discussion if it could provide a bridge between the traditions at a time when more bridges are sorely needed.

For those who see Brexit as creating division and tearing down bridges, perhaps it is at least worth considering whether there is benefit in building new bridges both to Britain and to a wider world with whom we share common interests and values, and much common history.

Richard Humphreys is a High Court judge. His latest book, Beyond the Border: The Good Friday Agreement and Irish Unity after Brexit is published by Merrion Press