‘We are not wildlife’: Kibera residents slam poverty tourism

30 Jul ‘We are not wildlife’: Kibera residents slam poverty tourism

Posted at 15:49h in Weekly Digest by David 0 Comments
0 Likes

Tourism in Nairobi slum is rising but many residents are angry at becoming an attraction for wealthy foreign visitors. 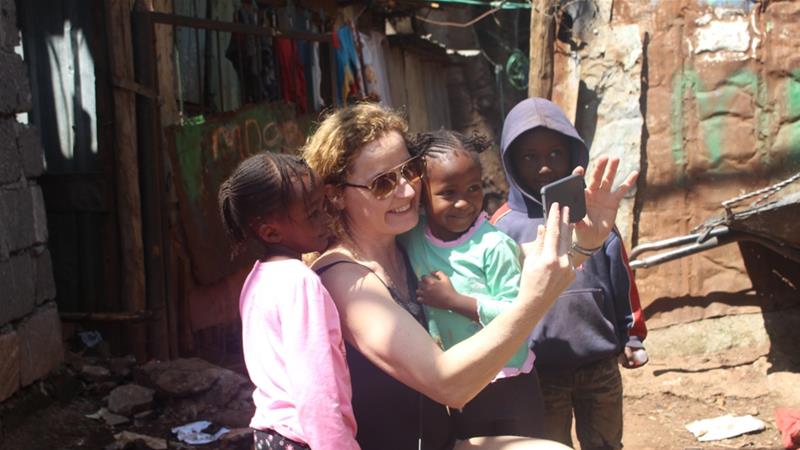 It’s exactly past noon in a noisy neighbourhood at the heart of Kibera, Kenya‘s largest slum, and the 34-year-old has just finished her daily chores.

Directly opposite Awino, her two daughters are busy studying for an upcoming math exam.

The family will not have lunch today.

“We don’t afford the luxury of having two consecutive meals,” says Awino, a mother of three. “We took breakfast, meaning we will skip lunch and see if we can afford dinner”.

Up until five years ago, Awino made a living selling fresh food in Mombasa, Kenya’s second largest city. There, she interacted with tourists who came to enjoy the sandy beaches of the Indian Ocean.

But in 2013, she decided to move to Kibera, in the capital, Nairobi, aiming for new opportunities – only to meet camera-toting tourists again, this time eager to explore the crowded slum where many are unable to afford basic needs.

“This was strange. I used to see families from Europe and the United States flying to Mombasa to enjoy our oceans and beaches,” says Awino, who is now a housewife – her husband, a truck driver, provides for the family.

“Seeing the same tourists manoeuvring this dusty neighbourhood to see how we survive was shocking,” she adds.

Awino recalls one incident a few months ago when a group of tourists approached her, with one of them trying to take a picture of her.

“I felt like an object,” she says. “I wanted to yell at them, but I was afraid of the tour guides accompanying them”. 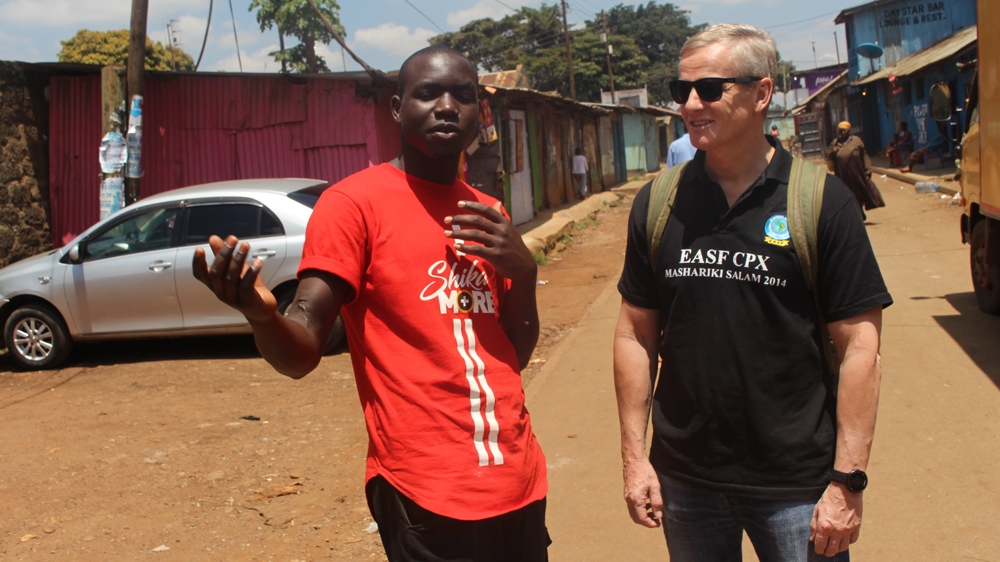 Some residents say tourism in Kibera is morally wrong, while others are taking advantage of the trend by becoming tour guides [Osman Mohamed Osman/Al Jazeera]

Kibera has seen a sudden rise of tourists over the past decade, with a number of companies offering guided tours showcasing how its residents live.

According to Kenya’s 2009 census, Kibera is home to about 170,000 people. Other sources, however, estimate its population to be up to two million people.

Because of the high population, housing is inadequate. Many residents are living in tiny, 12ft by 12ft shack rooms, built in some cases with mud walls, a ridged roof and dirt floor. The small structures house up to eight people, with many sleeping on the floor.

Last week, thousands of families were left homeless after the government demolished homes, schools and churches to pave way for a road expansion.

Strolling through the dusty pathways sandwiched by the thin iron-sheet-walled houses, Musa Hussein is angry to see the growing popularity of the guided tours.

“Kibera is not a national park and we are not wildlife,” says the 67-year-old, who was born and raised here.

“The only reason why these tours exist is because [a] few people are making money out of it,” he adds.

The trade of showing a handful of wealthy people how the poor are living, Hussein argues, is morally wrong and tour companies should stop offering this service.

‘We created employment for ourselves’

Kibera Tours is one of the several companies that have been set up to meet the demand.

Established in 2008, the company has between 100 to 150 customers annually. Each client is charged around $30 for a three-hour tour, according to Frederick Otieno, the cofounder of Kibera Tours.

“The idea behind it was to simply show the positive side of Kibera and promote unique projects around the slums,” he says. “By doing this, we created employment for ourselves and the youth around us”.

Willis Ouma is one of them.

Midmorning on a cloudy Saturday, the 21-year-old is wearing a bright red shirt. Accompanied by a colleague, he stands at one of the slum’s entrances, anxiously waiting to greet a group of four Danish tourists who have registered for the day’s tour.

“I have to impress them because tourists recommend to each other,” he says.

For three years, Ouma has been spending most of his weekends acting as a tour guide for hundreds of visitors.

“They enjoy seeing this place, which makes me want to do more. But some locals do not like it all,” he says, adding that he often has to calm down protesting residents.

Ouma earns $4 for every tour.

“This is my side hustle because it generates some extra cash for my survival,” he says. “I used my earnings to start a business of hawking boiled eggs”.

One of the Danish tourists is 46-year-old Lotte Rasmussen, a Nairobi resident who has toured Kibera more than 30 times, often with friends who visit from abroad.

“I bring friends to see how people live here. The people might not have money like us, but they are happy and that’s why I keep on coming,” she says, carefully bending down to take an image of a smiling Kibera toddler.

The tour includes stops at sites where visitors can buy locally-made craftwork, including ornaments and traditional clothing.

“We support local initiatives like children’s homes and women’s groups hence I do not see a problem with ethical issues,” says Rasmussen.

She maintains that it is morally unfair that tourists keep on coming to the place she calls home.

“Think of the vice versa,” she says, “What would happen to an African like me in Europe or America, touring and taking photos of their poor citizens?” 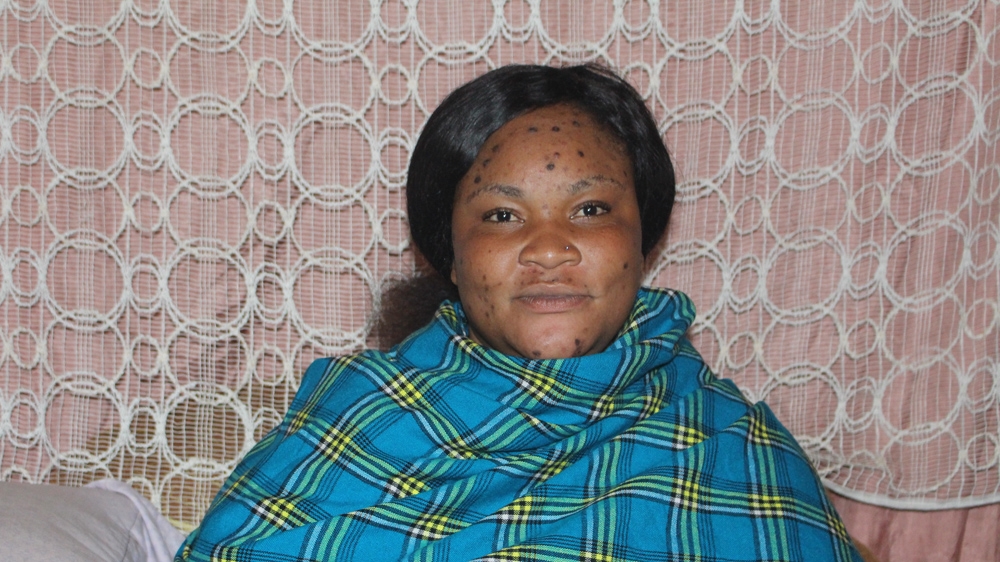