Posted at 10:15h in Weekly Digest by David 0 Comments
0 Likes 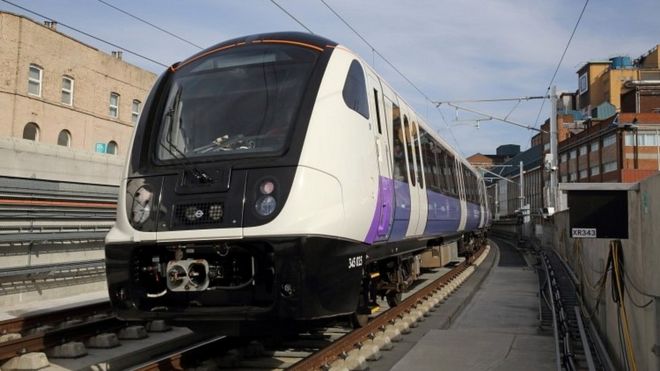 London’s £15bn Crossrail project is to open nine months after its scheduled launch to allow more time for testing.

The route, to be known as the Elizabeth line, had been due to open in December, but will now be launched in autumn 2019 “to ensure a safe and reliable railway”, transport officials said.

It is running almost £600m over budget.

When fully operational, trains will run from Reading and Heathrow in the west through 13 miles of new tunnels to Shenfield and Abbey Wood in the east.

It will operate as three separate services – as previously planned.

Crossrail says the new line will connect Paddington to Canary Wharf in 17 minutes.

It said “further time” was required for testing, and that contractors needed to complete work in the central tunnels and to develop “railways systems software”.

Transport for London (TfL) said more time was needed “to ensure a safe and reliable railway for customers from day one of passenger service”.

Lord Adonis, the former Transport Secretary, accused Crossrail of “trying to smuggle out a really serious failure on the biggest infrastructure project affecting the country” when parliament isn’t sitting.

He said: “There’s no excuse for what has happened on this project, and people need to be held to account.”

I have lost count of the times that Crossrail executives said to me the project would be delivered “on time and on budget”.

Today that disappeared in a puff of smoke, and there is no doubt this is a blow for Crossrail.

I’m told it wasn’t one specific problem. There were issues with three different signalling systems and also delays to the station fit outs.

They simply ran out of time. This will also hit TfL’s finances which was relying on Crossrail to increase its fare take.

This flagship project – the biggest construction project in Europe – just lost some of its lustre.

The Federation of Small Business (FSB) said it was “extremely disappointed with the news”.

London Policy Chair of the FSB, Sue Terpilowski, said: “Small businesses, particularly in central London, have been preparing for a December roll out of the new infrastructure and to be told on a Friday in August that the date has now changed is simply not good enough.”

A spokesman for Mayor of London Sadiq Khan said the delay is “obviously disappointing.

“It is essential that a safe and reliable railway operates from day one, and this has to be the top priority.”

Simon Wright, Crossrail chief executive, said: “The Elizabeth line is one of the most complex and challenging infrastructure projects ever undertaken in the UK and is now in its final stages.

“We have made huge progress with the delivery of this incredible project but we need further time to complete the testing of the new railway.

“We are working around the clock with our supply chain and Transport for London to complete and commission the Elizabeth line.”

Elizabeth line trains are already operating between Shenfield and Liverpool Street, and between Paddington and Hayes & Harlington.